Each year in Limoges, France, luxury porcelain manufacturer Bernardaud, presents a themed exhibition of ceramics made by a specially selected group of internationally established ceramic artists. ‘Sans les mains!’ showcases artists that utilise various digital technologies in creating their work. Click on the image below to download a copy of the exhibition catalogue.

Three ‘Silhouettes’ displayed in the old factory at Bernardaud, for the ‘Sans les mains!’ exhibition. The backdrop of the de-commissioned kiln contrasted perfectly with the delicacy and intricacy of many of the ceramic works presented.

Click here ‘Vasa Vasorum’ to view and download catalogue. You can also read more about the exhibition here – www.cfileonline.org 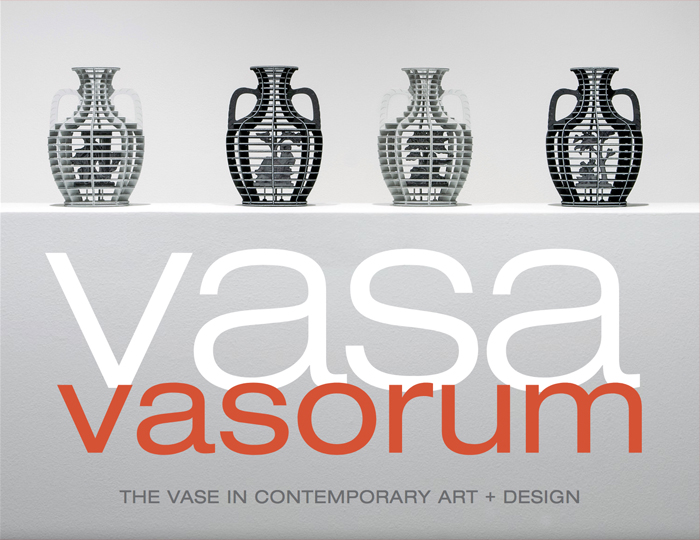 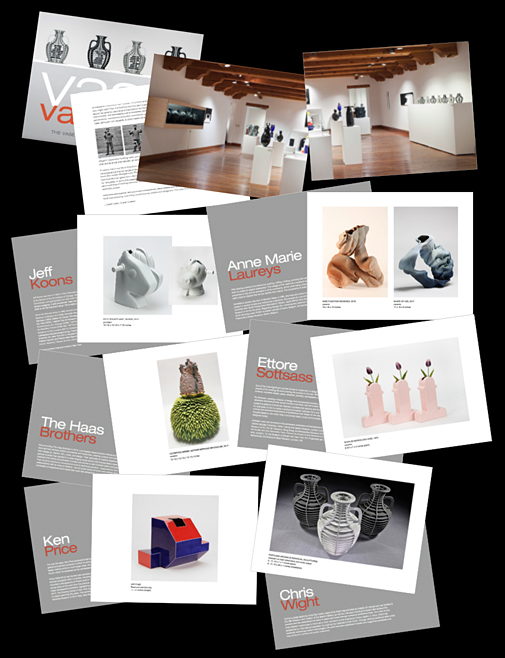 Waterjet sculptures featured in the newly published Second Edition of ‘Porcelain and Bone China’ by Sasha Wardell. The book explores the history of this unique material, typical and not so typical making methods with reference to leading practitioners from around the world. Available from www.crowoodpress.com

Maker profile from 2016. Click image to download a PDF of the article ‘Delicate Forms, Daring Practice’. Visit Ceramic Review for back issues.

“Chris Wight’s involvement with ‘this seductive material… [this] very “single-minded” clay allies artisanal labour with CAD expertise. It is inspirited by a fascination with the myriad forms of interconnectedness within the natural world. It results in objects of singular and compelling beauty.” ~ Ian Wilson, ceramics writer – ‘Delicate Forms, Daring Practice’ – Ceramic Review magazine – Issue 270. 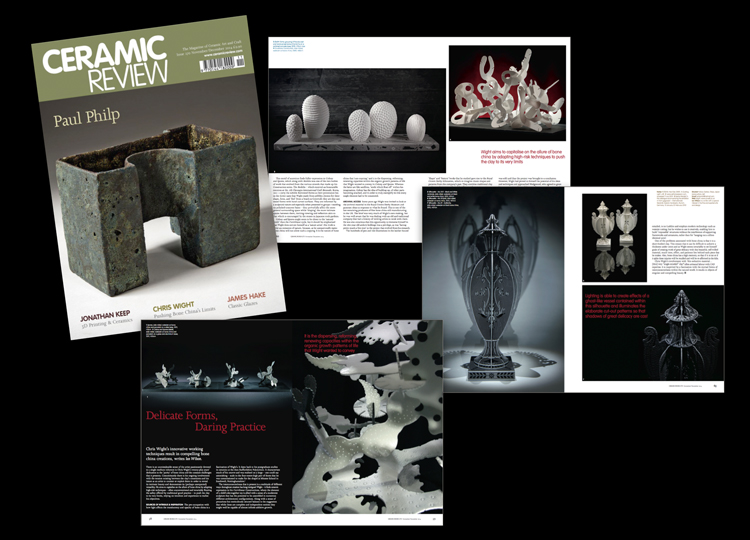 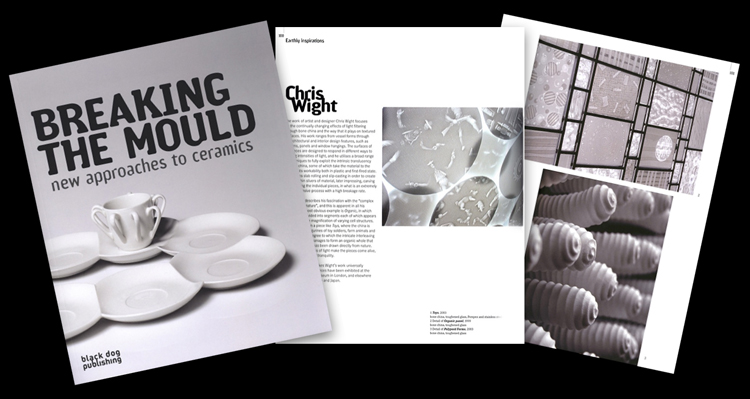 ‘Breaking the Mould’ by Ziggy Hanaor.

Survey of global ceramic trends. Description from Amazon – “an astonishing collection of the most exciting ceramic design today, exploring the increasingly varied ways in which the boundaries of ceramic design are being extended and challenged by contemporary makers.” Black Dog Publishing

‘Portland Arcana’ cited by Garth Clark in American Craft magazine’s survey of leading voices in the field on the question of “What Does ‘Craft’ Mean?”. Full citation reads: – “Craft is a verb, an action, meaning to make or to process. I do not believe in craft as a noun, a thing, as in ‘I make craft.’ My best example is Chris Wight, who used a computer, a water saw, and a special gift of jasper clay from Wedgwood to make a futuristic homage to the Portland Vase [an ancient Roman cameo glass vessel]. The meticulous planning and hand assembly to make these works is awe-inspiring. No, they do not just pop out of machines; they require superb crafting. Nothing in the word ‘craft’ suggests that it must be by hand, be absent of machinery, require virtuosity, or have medieval roots. And Wight’s vases are breathtakingly haptic and beautiful.” ~ Garth Clark, gallerist, renowned ceramics critic and editor-in-chief at CFile.org 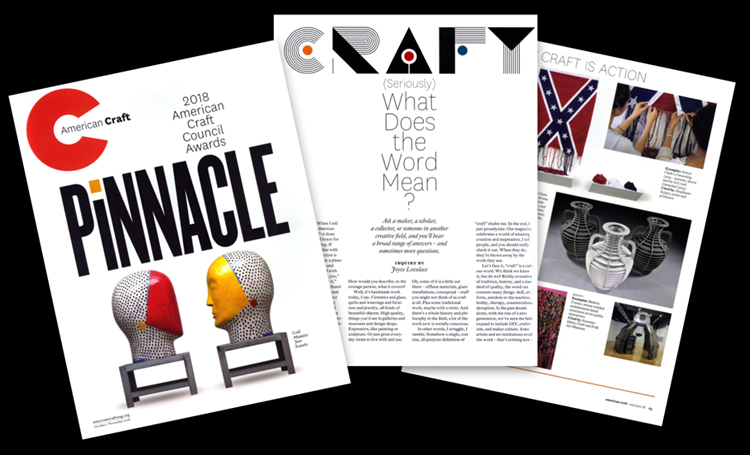 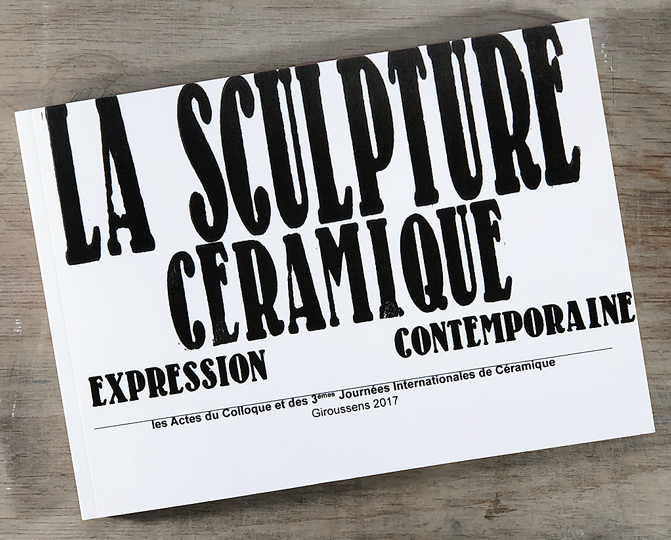 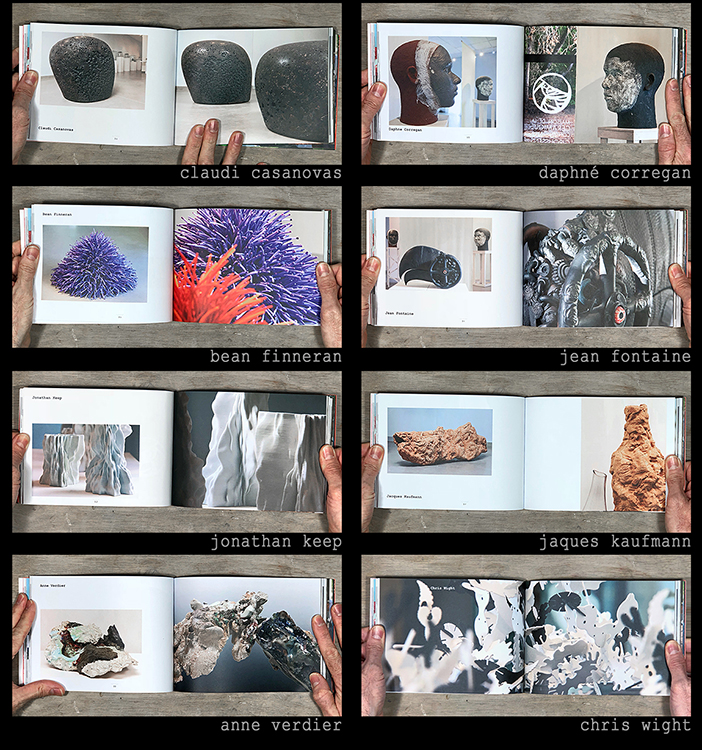 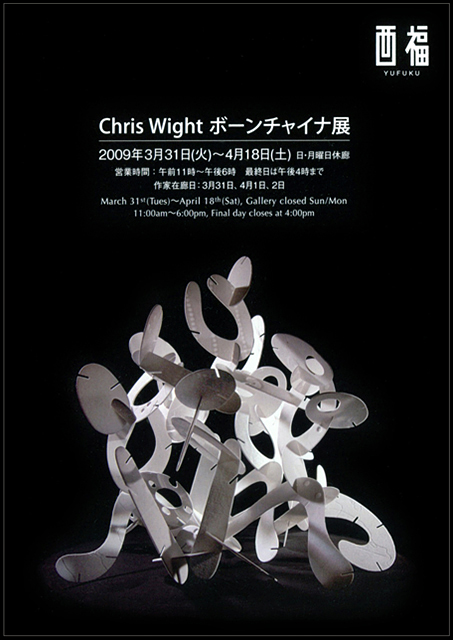 A great honour to be one of only three Western artists ever to have a Solo show at this prestigious international gallery throughout its near thirty year history. Click image to download a copy of the brochure for my Yufuku Gallery exhibition. 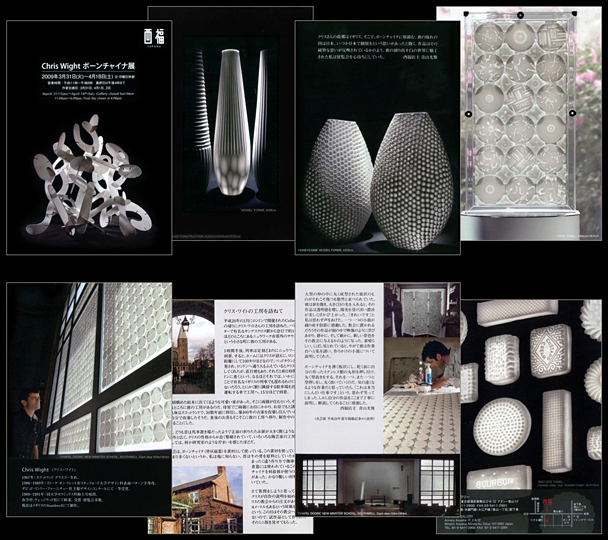 Cover shot and in-depth profile from 2006. Click image to download a PDF of the article ‘Seeing the Light’. Visit Ceramic Review for back issues.

“He is one of that rare breed of designer makers whose output transcends categorisation, who works with a range of materials, and shifts easily from traditional tools and techniques to the latest technology” Judy Adams, Ceramic Review. 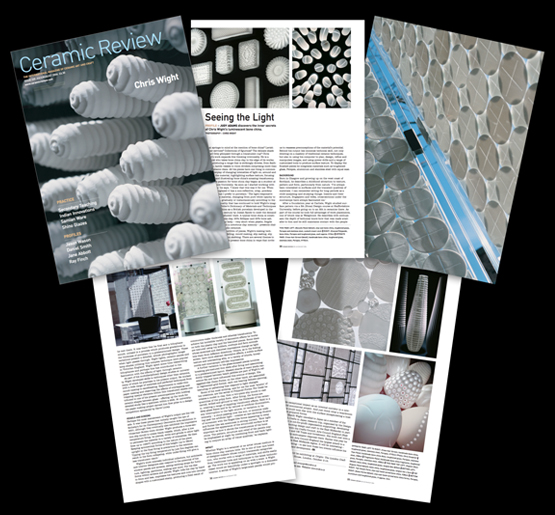 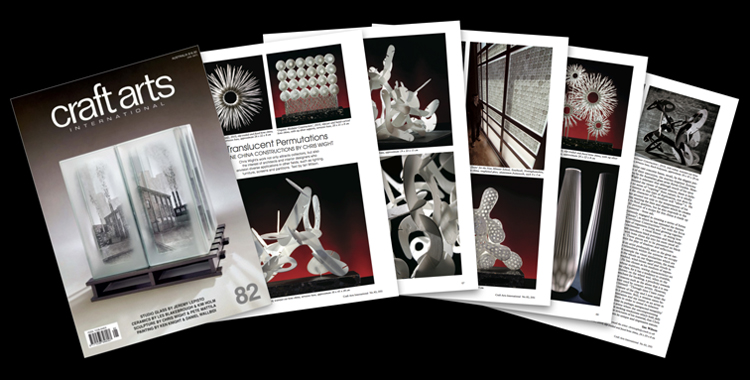 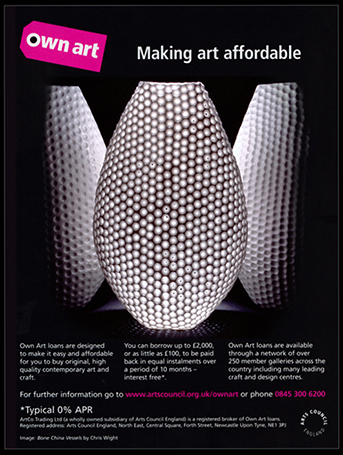 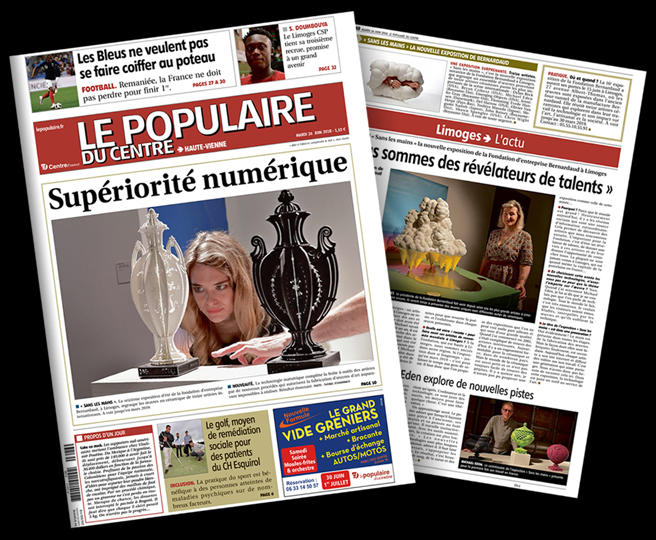 Click to visit ‘Le Populaire’ website for an article and short video tour of the ‘Sans les mains!’ exhibition. 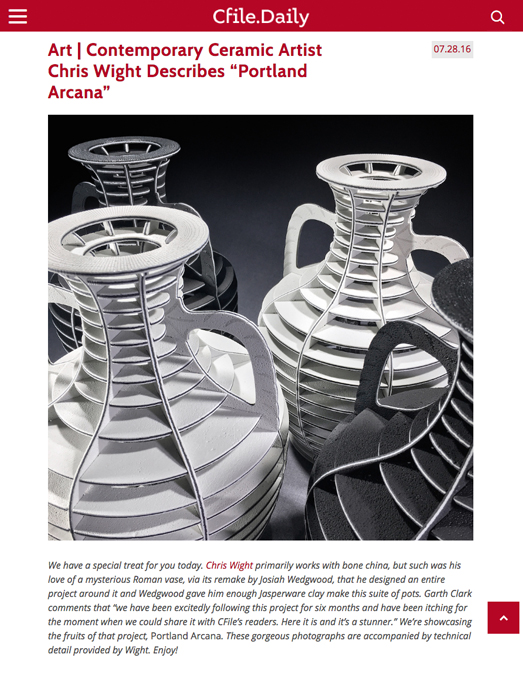 In-depth article on my ‘Portland Arcana’ project on Cfile.Daily. Click to visit Cfileonline.org and read more about this special project conducted with the assistance of Wedgwood. 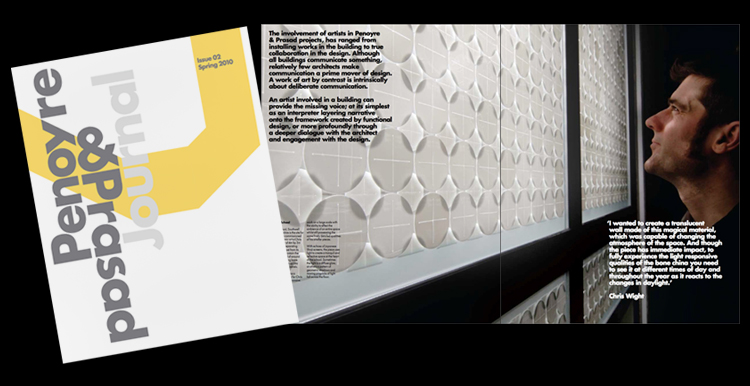 Article written by Mr Aoyama – founder of the Yufuku Gallery, Tokyo which presented a Solo exhibition of my work in 2009. Click the image to download this article in Japanese with accompanying English translation. 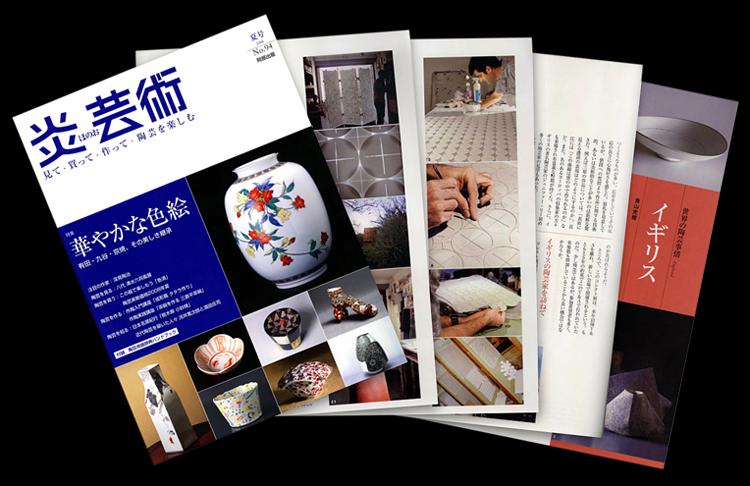 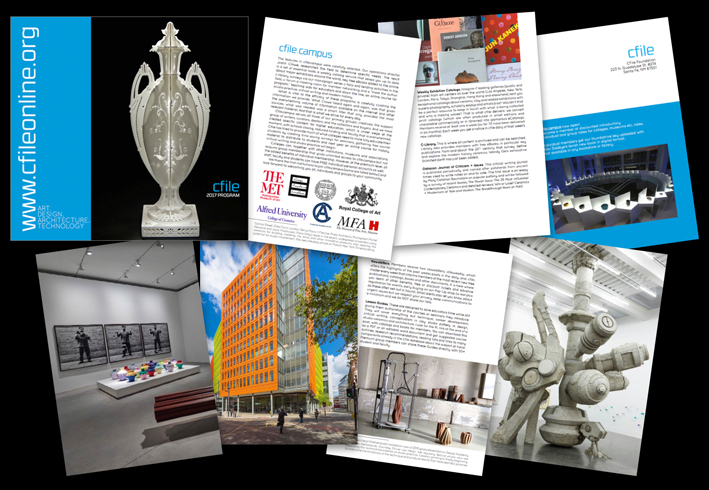 ‘Honeycomb’ Vessel forms on the cover of Japanese electro/hip hop artist ‘imai‘s first solo release. ‘imai‘ is one half of the Tokyo based duo ‘group_inou’. You can check out their music on their official website here group_inou and read more about them on their Wikipedia page in English here – group_inou – Wikipedia.

‘Corona Formation’ – cover art for Japanese electro/hip hop artist imai. This was the second solo release by the artist who is one half of the Tokyo based hip hop duo ‘group_inou‘. You can check out one of imai‘s latest videos here ‘imai / Fly feat.79,中村佳穂’